stingray said:
he played in Brighton, some venue just off Lewes Rd about 10 years ago. Good show. He's tiny, must be 5'5".
Click to expand...

Which must make all the other members of Ultravox around 5ft or less going by this photo...

Edit: I never realised Warren Cann dressed to the right. 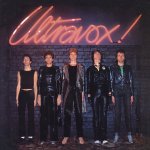 Harry Wilson's tackle said:
....but we all know what happened to ultravox after John left.
Click to expand...

I remember one night in Brighton in the early 80s when I was very much the worse for drink trying to get into The Basement nightclub in the Steine only to find it was closed. There was another small group standing at the bottom of the steps who had the same idea. As we all stood there bewidered in front of the locked door I realised that one of the blokes in the other group was none other than Chris Cross of Ultravox. With drunken fuelled irreverence I looked at him and said, "Aren't you in that band with Midge Manure?" He took it with good humour and said, "I'll have to tell him you called him that".
D

marlowe said:
Which must make all the other members of Ultravox around 5ft or less going by this photo...

Edit: I never realised Warren Cann dressed to the right.

Would make quite a good "where are they now" post...

Any relation to Ruel?
D

Further evidence that Ultravox! in the Foxx incarnation were close to punk - and something else, something ahead of their time!

This from Reading in 1978... and a million miles away from slick (sic) Vienna Ultravox.