[Football] Scotland and heading the ball.

News reports highlighting that heading the ball in training a day before and a day after a match is set to be banned, where are we going with this and what other options are available if any?

No balls above head height by 2040. Would certainly be an interesting change to the game.

No long clearances from the back ? Not going to happen.

No heading except inside the penalty areas, perhaps? - reducing considerably the frequency of heading the ball.
P

I'm just wondering if they are considering anything to combat Scottish keepers getting back problems due to frequently picking the ball out the back of the net...
S

How soon is now?

Past the Leisure Centre, left at the lights

I'm not sure how they can enforce this, and if its going to make much of a difference.
Heading is part of the game and doing it well is a skill that has to be honed, just like tackling etc. Sadly injuries are part of any 'sport', heading or otherwise
T

Leekbrookgull said:
News reports highlighting that heading the ball in training a day before and a day after a match is set to be banned, where are we going with this and what other options are available if any?
Click to expand...

Just play 5 a side football, that will stop any heading , really depends if you want to Destroy the beautiful game , if you don’t want to head the ball don’t play the game

peculiar rule, will it make a difference? how much heading is on the day after a match, usually resting is it? not convinced there's a problem anymore either, lighter balls and less heading as game even in Scotland played mostly on the deck.

Sussex by the Sea

Can't see what the fuss is all about 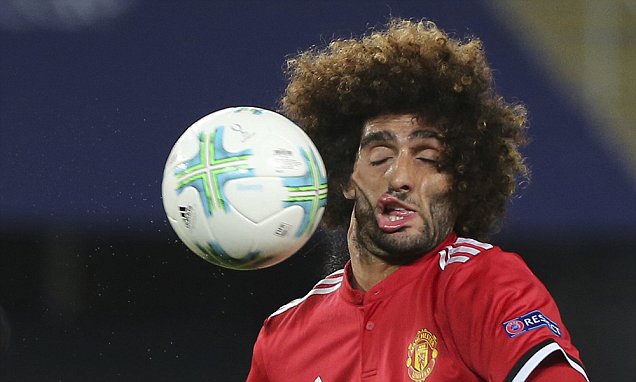 scooter1 said:
I'm not sure how they can enforce this, and if its going to make much of a difference.
Heading is part of the game and doing it well is a skill that has to be honed, just like tackling etc. Sadly injuries are part of any 'sport', heading or otherwise
Click to expand...

Repeated head ‘trauma’ isn’t a natural thing and can have life changing consequences in later life. Balls are lighter than in Geoff Astle’s day but every time Dunk or Webster head out a high incoming ball, I do think “rather you than me”

Rugby, US Football and Football have for too long treated players as commodities, as much as they like to paint a different picture.

The likes of eg. Blanchflower and Jeff Astle died from dementia reportedly caused by heading leather balls not the modern polyurethane/plastic waterproof ones so not even sure what the proven risk is now?

Maybe the ruling wont have too much impact if confined to pre-match day and post match-day training. .Perhaps though, if they are considering going further than this, reducing the maximum psi (from the current 15.6) and subbing wet balls out more often could reduce risk further but there’s a limit to what can be done that is not already being done with ball safety in that respect - matches can already look like training sessions with the number of balls bouncing around sometimes and there’s nothing worse than the feeling of having the energy you put into kicking a ball absorbed by the ball on contact - if the game was played slower than it already is at times, it would grind to a halt!

CTE/dementia is supposed to be the result of multiple head trauma/concussions eg heading the ball over a number of years or multiple head injuries from contact with other players/goal posts - so perhaps better routine neurological health screening (ie more than once a season) to note any changes and retiring players that accumulate more than X number of head injuries would be the way to go? Perhaps too, there are minor changes to the game that could be bought in (like reducing the extent heading is permissible - for what position - where on the field) - but not sure how effective that would be in isolation from other measures - and surely changing how you use one of the basic tools of the game is the very last resort?

Sounds harsh but people have the choice whether to pursue a sport at the end of the day (whether it be boxing, cycling, motor racing etc etc) and as long as that’s an informed choice, which post the Astle ruling and a risk of dementia caused by heading the ball, it should be - there are far more dangerous ways to earn a living ( that don’t come with an average weekly wage of 50 grand a week!). Seems to me we’re living in a very litigious society and the fear of being sued often produces an overly defensive approach to carrying out occupational activities.