The Wild Geese, Bridge Too Far and The One That Got Away.

And he even got a mention in Porridge The Movie.

So good the Saffers named their currency after him.

Always remember him in this classic, the original 1965 version.
RIP Hardy. 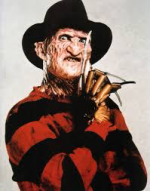 Did he play the lead role in The one that got away ?
L

Leekbrookgull said:
Did he play the lead role in The one that got away ?
Click to expand...

Yes, the only German POW to escape, hence the title.

Didn't know who he was until I googled him. Remember him now. 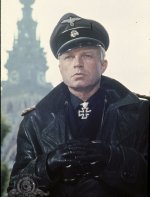 Questions said:
So good the Saffers named their currency after him.
Click to expand...

And an entire area of the country.

Agreed.
I first saw A Bridge too Far on the day of Chaz & Di's wedding but his role in Wild Geese was my favourite. Movies for Boys of a certain age.

One of my favourite films 'the wild geese' last surviving actor from this film. R.I.P Hardy

shingle said:
One of my favourite films 'the wild geese' last surviving actor from this film. R.I.P Hardy
Click to expand...

I was watching a programme that mentioned TWG recently and thought I must sit down and see that again some day. Personified the All Star Cast action movies of its time

As a kid I remember begging to be allowed to stay up late to watch it - was one of those 10.30pm after the news on ITV blockbusters! Accompanied by a front cover on that weeks TV Times and top ‘coming soon’ billing back in the day a couple of months out which built the excitement to fever pitch by time it aired! Sort of film every boy talked about at school next day, and if you weren’t allowed to have watched, then you were desperate to find a mate with a video who’d recorded it and head round theirs next day to see!

Hardy Kruger was such a recognisable film star from that era, may he RIP. A fine actor.

Along the Shoreham Road in er, Shoreham

I've just read a little about him: he came from a NSDAP-supporting family but was convinced by another that Hitler was a criminal while serving in the military. From there he helped Jews as much as he could. Late in the war he refused to kill American soldiers while in the SS and was sentenced to death. He was protected by another officer who found him other work and the sentence wasn't carried out. Quite a life and a decent human being
You must log in or register to reply here.
Share:
Facebook Twitter Reddit Pinterest Tumblr WhatsApp Email Share Link