Aston Villa will be signing with relief as their time wasting anti-football tactics will continue unabated! 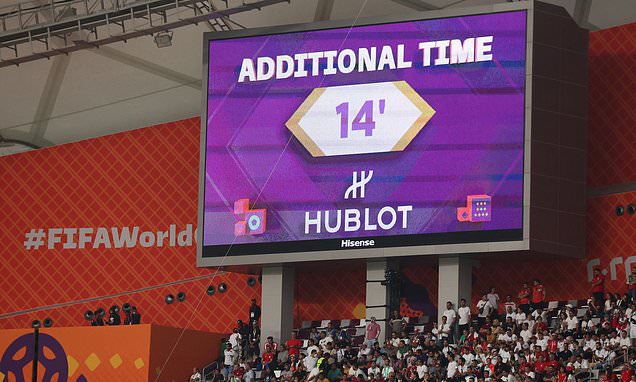 Sportsmail has learned a number of referees have been shocked at the amount of time being added on in Qatar. And they have sought clarification from the PGMOL.

The Premier League have no interest in cracking down on this blatant cheating. It’s almost confirmation that Villa will avoid relegation this season.

The two most blatant examples being time wasting, and the 'take one for the team' pull back / foul near the half way line to prevent a fast break and goal scoring opportunity.

it is not difficult to remove the reward element of killing the game / denying an opportunity.

Time wasting - first team occurrence - a yellow card. Second and subsequent - STRAIGHT RED. There is no excuse for it, it spoils the game - and this would stop it.

Something that has been apparent in the World Cup is the serious risk of suspension that players run for getting yellow cards.

Maybe what we need to cut down on this repeated offending in the Premier League is for yellow cards to actually matter.