​
Chris Hughton will field his strongest side as Brighton look for a win to clinch promotion to the Premier League,

Gaetan Bong, Liam Rosenior and Beram Kayal are all in contention after sitting out the victory over Wolves.

Nick Powell is likely to remain on the bench for Wigan, despite scoring an 11-minute hat-trick as they came from two goals down to beat Barnsley 3-2.

Forwards Omar Bogle (thigh) and Will Grigg (knee) are both expected to miss the game at the Amex Stadium.

Brighton need four points to secure promotion, but have a vastly superior goal difference compared to third-placed Huddersfield, so one more win should be enough for the Seagulls to get back to the top flight after a 34-year absence.

Can't wait for kick off and gone for 4-0 - scenes of great celebration and then waiting for Huddersfield result.


Sent from my iPhone using Tapatalk

Let's show Wigan(a recent Premier team) that it is our turn to take our rightful place among the football giants,by God we deserve it

This is the day

Beautiful dawn this morning and that's just the girlfriend

Albion in the north


Commentary on BBC 5 live for those who can't get there.

There is no live stream, right? Come on Brighton!!

A great start [MENTION=15297]Dick Head[/MENTION] - I see you didn't sleep much last night either!

Personally was wandering around wide awake at 4AM, Mrs Jakarta was not amused... 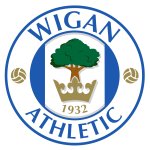 Up the Albion, it's been too long a wait
O

Today should be emotional

Jim in the West

Can't wait for kick off and gone for 4-0 - scenes of great celebration and then waiting for Huddersfield result.

If we win 4-0 will you really be bothered about the Hudds result?

Only to confirm what is already accepted as inevitable.

Am I the only person that thinks this could be the longest thread in NSC History?

Couldn't sleep at all last night. Waited for this date for what seems like an eternity. Hard to believe that we could be in the Premier League by 5 o'clock. Bring it on.